The contents of this post has been extracted in its entirety from quotes from the book ISLA DE LOBOS, NATURALEZA E HISTORIA (ISLE OF LOBOS, NATURE AND HISTORY), written by Ignacio Romero, which was presented on 11th May, 2017 at Casa Benito Pérez Armas in Yaiza.

We here at Uniguides have decided to publish a post relative to this publication since we find it of great interest and we encourage all and any professionals in the Canaries tourist sector, as well as anyone wishing to know more about this beautiful Canarian archipelago retreat to not hesitate in reading this exceptional book. 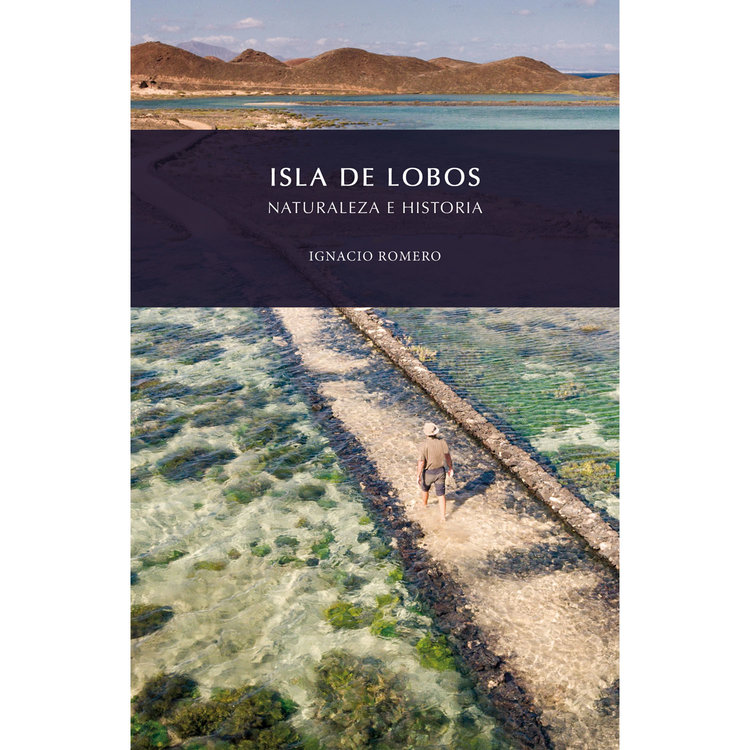 The Isle of Lobos has a surface area of 13.7 square kilometers, and a maximum altitude of 127 meters above sea level which corresponds to the Caldera or Mount Lobos.

The Isle of Lobos is 2.5 kilometers off the coast of Fuerteventura.

It belongs to the municipality of La Oliva (Fuerteventura). The isle became public property in 2007 and falls under the jurisdiction of the Fuerteventura Island Government. Its last private owner was the Majorcan Hotel chain RIU, who also own two hotels on the Dunes of Corralejo, “RIU Oliva Beach” and “RIU Tres Islas”, acquiring the isle in 2003. In May 2007, the RIU company, involved in lawsuits for invading public maritime and land domains and for its hotels being located within the Dunes of Corralejo Natural Park, relinquished the ownership of the isle to the Ministry of Environment of the Spanish Government in exchange for an extension on the temporary land grant on public land where both of its hotels are on the Dunes of Corralejo.

The Isle of lobos is part of a unique island structure which runs Northeast-Southwest and encompasses today the islands of Alegranza, Montaña Clara, Roque del Oeste, Roque del Este, La Graciosa, Lanzarote and Fuerteventura. This enormous territory, while it was emerged, gave place to one single island which some geologists call Mahan. This large island existed in different eras of geologic history, surfacing for the last time some 18,000 years ago. It was a continuous territory between Lanzarote and Fuerteventura some 200 kilometers long and had a surface area of 5000 square kilometers. This has been undoubtedly proven by the shallowness and wind erosion remains that can be found on the sea bottom in the Bocaina strait. Supported by the fact that the African coast was situated more westward, about 60 kilometers away from this great Canarian island (Mahan), some answers and clarifications could be obtained as to the biological colonization of the Canarian archipelago.

The beginning of the volcanic activity which gave rise to the Isle of Lobos began in the Quaternary period, during the Pleistocene epoch, 135,000 years ago, associated to a volcanic series in Fuerteventura, the Bayuyo series. These eruptions gave place to aligned volcanic cones which are known today in Fuerteventura as: Montaña Colorada, Calderón Hondo, Caldera Rebanada, Caldera Encantada, Las Calderas, Bayuyo, etc. It’s a 10 kilometer long line running between the southwestern end of Montaña Colorada and the northeastern end of the Caldera (crater) on the Isle of Lobos. These eruptions increased the island’s surface in the north of Fuerteventura by more than 100 square kilometers.

The isle was named after sea wolves, the name which in ancient times was used to call the      present day Monk seal (Monachus monachus), which inhabited this islet in a huge colony, probably the largest in all the Canary Islands. At the start of the conquest of the Canaries in 1402 by Jean de Bethencourt and Gadifier de La Salle, Isle of Lobos became an important provisioning point for meat, blubber and skins through the hunting of sea wolves.

Archaeological excavations have been going on at the Playa de la Caldera site since 2012. A lot of turned pottery remains have been dug up in this site (remains of amphoras used for storage and transport), household earthenware (oil lamps, pots, etc.) and metal objects made of iron, bronze and lead, such as cauldrons, nails, fish hooks, etc. According to dating procedures, these amphoras of the Drexel 7-11 type and Halter 70 coincide with the Roman Empire and were made in the Baetic subprovince.

The shell pile that was dug up contained about 68,000 pieces, of which 97% are Purple Dye Murex or sea snails (Stramonita haemastoma) which tells us about the work specialization in this site. The pieces were found routed systematically in the part that was used to extract the purple dye from the inside of the sea snail, with its hypobranchial gland intact, enabling the  obtainment of the greatest quantity and quality of purple dye.

The presence of architectural structures with several walled rooms for separation purposes tells us of the likeliness that this was not a brief campaign and that it must have been an important factory which would indicate definite seasonal human presence on the Isle of Lobos.

The hypothesis of the archaeologists involved in the diggings is that it was a purple dye extraction workshop for its exportation in the high-imperial period spanning from the 1st century B.C. to the 1st century A.D.

The purple dye was very valuable in ancient times, used for dying cloaks and tunics purple, which were a luxury that distinguished the upper classes.

There are still many unanswered questions at this site that only research can answer, such as: Where did the factory workers come from? Where did they get fresh water and food? Did they trade with the indigenous people from Lanzarote and Fuerteventura or did they take enough food and water with them to last throughout their stay on the island?

Las Lagunitas (the little lagoons) is the largest salt marsh on the island and is the greatest botanical attraction on Lobos, hosting the presence of a one of a kind species in the world: The immortelle (everlasting) flower of Lobos (Limonium ovalifolium canariensis or Limonium bollei)

The Martiño lighthouse started working in 1865 which marked permanent human presence on the Isle of Lobos until the year 1968, when the lighthouse became automated and the lighthouse keepers left the facility. Construction on the Martiño lighthouse began in 1860 by a crew of Portuguese workers that took 5 years to build it. Juan León y Castillo, an engineer from Telde, Gran Canaria designed 8 of the 20 lighthouses built in the Canaries at the end of the 19th century. The Martiño lighthouse is located in the north of the island, at Punta (point) de Martiño. With the lighthouse having been built, many people were to settle on the Isle of Lobos and be born on it, such as Margarita Rial González, daughter of the lighthouse keeper José Rial Vázquez and mother of the writer Alberto Vázquez-Figueroa Rial, who signed the prologue of the aforementioned book. But of all the people linked to the Isle of Lobos, one figure that stands out is Josefina Plá Guerra, born on the isle in 1903. Poetess, playwright, narrator, essayist, art critic, painter and journalist. In 1924 she married Paraguayan artist Andrés Campos Cervera and in 1926 she settled in Paraguay until 1999, the year she passed away at 96 years of age. Josefina Plá Guerra was a member of the Paraguayan Langauge Academy, the Academy of History of Paraguay, was distinguished with the title of “Doctora Honoris Causa” by the University of Asunción in 1981, received a gold medal in Fine Arts from Spain, a finalist in the Premio Príncipe de Asturias Awards in 1981 and nominated for the Cervantes Award in 1989 and 1994. A sculpture of her welcomes visitors at the Lobos harbor.