To enjoy art and traditional music performed by the Lanzarote Classical Orquestra in the wonderful auditorium at Jameos del Agua is now possible and very recommendable. We’re talking about about “Tempo Lanzarote”.

The show organized by the CACT (Centers of Art, Culture and Tourism) so that one may enjoy theatre and music while remembering the history of the island in one of its most prized and privileged possessions, the imposing Jameos del Agua auditorium.

It came about from an idea by Roberto Fuentes, the conductor of the Lanzarote Classical Orquestra, whose musical repertory of great beauty makes the timple player Benito Cabrera stand out.  The big stars are the folkloric music and the scenic arts which are performed by a cast of excellent actors and singers among whose voice stands out the most is Beni Ferrer’s, whose forceful but lulling vocals full of feeling really move the spectators.

For over an hour the most important historical events taken place in Lanzarote are played out. The attacks of the Berber pirates in the 16th century, the volcanic eruptions and subsequent fleeing of the population in the 18th century to finally conclude with the rebirth out of their own ashes; the comeback of agriculture and grape growing, the improved fishing industry and the tourist boom instigated by  artist César Manrique sums up all of which came about in the 19th and 20th centuries. The end of the show is very happy and positive with the actors dancing an “Isa” and really livening up the audience.

For a tasty nightcap, the Jameos del Agua restaurant has a delicious “Tempo” menu on offer which can be tasted with no need for a previous reservation.

The next performances will be on 27th November, 11th December and 8th January 2017. Tickets are available for the different Tempo Lanzarote shows at all the tourist centers ticket windows or on the following web page: cactlanzarote.com, 35€ for the general public and 25€ for Canary Islands residents. 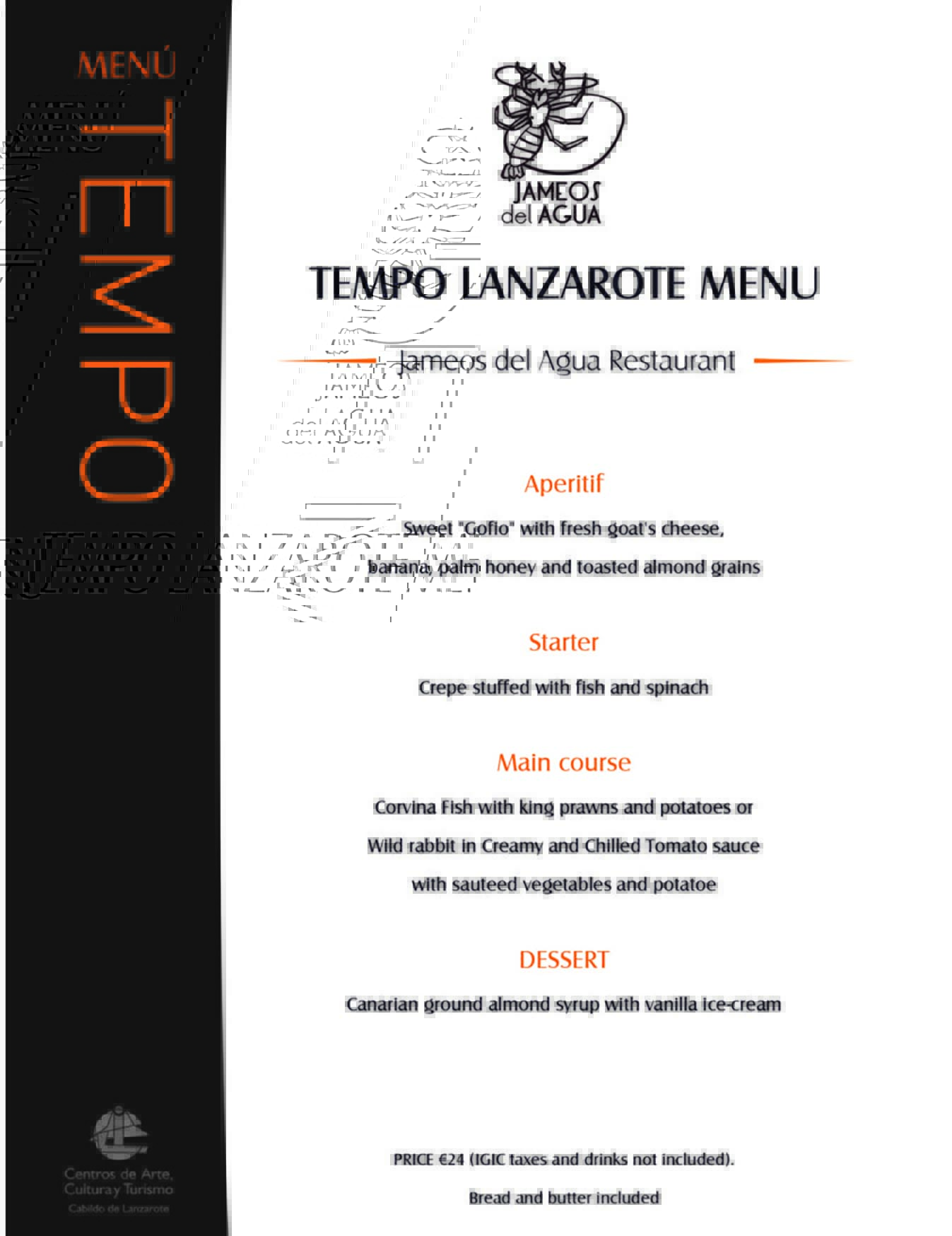